Why Knowledge Is the Mother of Free Speech 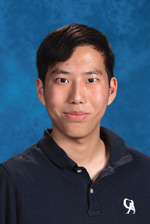 With the advent of social media and a globalized world, the ability to communicate ideas further and faster than ever before is now taken for granted. Unfortunately, many of those ideas are questionable and even false. In one extreme example, five hundred people attended the Denver Flat Earth Conference last year under the incorrect proposition that our planet is flat. Certainly, some ideas are debatable. But how should society combat demonstrable errors? Many ideas have been tried, including hiding certain social media users on websites to outright banning them. However, driving false information underground, no matter how incorrect they may be, is not solution. In order to analyze all sides of a proposition, we should promote truth and facts.

To those who believe the earth is flat, show them examples of how ships navigate the globe, how GPS systems work, clips of boats going over the horizon, or images taken by NASA. An anti-vaxxer claims that toxic chemicals, such as aluminum and mercury, enter our bodies via vaccines to cause autism? Send them scientific studies that show how vaccines contain less than aluminum than our daily ingestion levels and inform them that thimerosal, the mercury compound that had been used as a preservative, had been found to not only have no ill effects on patients but had been removed from vaccines since 1992! Ideas, good or bad, must be available for the public to promote the good and actively dismantle the bad. Only by drowning out illogical ideas with a tidal wave of proof and factual evidence can people have the opportunity to make the connections themselves on what’s correct or not.

Why not just mute the source? Because efforts to halt widespread distribution rarely succeed. For example, the Streisand effect is the phenomenon whereby attempting to ban something ends up inadvertently making the item in question more popular or desirable through unintentional publicity. Named after a famous incident in 2002, the attempts by Barbara Streisand’s legal team to remove a photo of Streisand’s mansion in a series documenting the effects of coastal erosion led to over 400,000 people searching online and viewing the photo.

Likewise, banning claims without further explanation lends a disregarded claim an air of undeserved notoriety and mystique and does little to address the root cause. Instead, we should promote truthful information even more, allowing people to see the other side.

Of course, there will inevitably be people who will reject all evidence to the contrary, shut themselves off from any who may have a differing position, and lock themselves into a small bubble of conformity. A minority that rejects anything outside their worldview will always exist in any society. However, only by actively comparing ideas, discrediting the fallacious ones, and promoting verified facts do people even have the chance to realize that their side may be incorrect. Driving lies underground to pretend that nobody will ever believe in them will do little to solve the problem already present. The only way that the human race can move forward in better knowledge is by showing, not telling, all points of views and allowing the merits to speak for themselves.