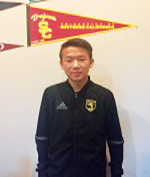 This weekend, the NFL Divisional Rounds of the Playoffs will take place. The teams playing will be the: Indianapolis Colts vs the Kansas City Chiefs, the Dallas Cowboys vs the Los Angeles Rams, Los Angeles Chargers vs the New England Patriots, the Philadelphia Eagles vs the New Orleans Saints. Out of the American Conference come the Chiefs, the Patriots, the Ravens, and the Texans. Out of those teams, the Patriots and the Chiefs made the bye. The Ravens and the Texans still the wildcard round to go. Out of the National Football Conference, the Rams and the Saints made it out with the bye and the Bears and Cowboys still have the wildcard round to go. The stakes are high and the teams that didn’t get the bye may look back at some of the games they could have won with regret as they face the wildcard rounds.

The Seahawks, The Colts, The Eagles, and The Chargers were gifted with a chance to make it into the Divisional Round. They were given the chance and most of them took it without question. Three of the Four teams who were granted Wildcards went through. The Colts swept the Texans and the Colts with a 21-7 win. The Chargers played the Ravens and slipped by with a narrow 23-17 win. The Seahawks were the only team that was granted a bye, but didn’t make it through. Although, they put up a good fight and made the Cowboys work to get bye with the game ending at 24-22. The last position slipped out of the paws of the Bears hands after the kicker: Cody Parkey hit the post and the crossbar of the game winning field goal with 5 seconds remaining.

It was as if the Eagles snatched the only salmon of the fall season out of the bears jaws as it was about to enter its mouth. It is safe to say that Cody Parkey was not invited to any post-game meal or party. His kick was only a couple centimeters off from going in. An opposition player:

Treyvon Hester claimed that he in fact, did tip the football and potentially prevented it from going in. Whether this is a relief for Cody who had previously missed 4 field goals in one game, or not is debatable. After all the drama, with all the let-downs, unexpected wins, and the under-dog successes, only 8 teams remain: The Colts, The Chiefs, The Chargers, The Patriots, The Cowboys, The Rams, The Eagles and The Saints. Many fans have made their fair share of predictions and guesses of what is to happen between the final 8. Sung-Joon from AM believes that “...the Chiefs will take it all...”. When asked when he thinks who is the most undeserved team to be in the Divisional Round he responded that, “... the Eagles definitely don’t deserve that spot over the Bears. They were very fortunate to make it through and should be thankful that Cody Parkey missed his chance”. Travis from AM was also interviewed.

He predicted “the Rams”. When asked who he thought was the most undeserved team or the luckiest team, he agreed with Sung-Joon and went with the Eagles. When asked about the dark horse of the tournament so far, he claimed that “the Colts have really overperformed this year”. Finally, when he was asked who was the standout tactics of the tournament were “The Charger’s defence was rock-solid in protecting the touchdown zone”.

On the attacking side, Mitchell Trubisky of the Chicago Bears has racked up an impressive 303 passing yards. Nick Foles of the Philadelphia Eagles in a close second with 265 yards. The highest rushing yard talley of 148 is held by Marlon Mack of the Indianapolis Colts. Ezekiel Elliott with an even closer second of 137 yards. The best wide receivers were Allen Robinson and Tyler Lockett with 143 and 120 respectively. On the defensive side, tackling machines Darius Leonard and C.J. Mosley have 13 and 12 respectively. Only Melvin Ingram has two sacks and no one has more than one interception. Overall, this season’s NFL playoffs have been a hectic emotional rollercoaster for the players, coaches, and the fans.