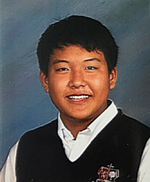 Couple weeks ago, the baseball community was abuzz with excitement as the Los Angeles Dodgers faced off against the Boston Red Sox in an exciting World Series matchup.

The Dodgers have been in a similar position before, having spent lots of money and capital to construct a team that was destined to win the title. Being a Dodgers fan, I was excited to be able to watch the game unfold before me, as I watched from the upper deck. It’s a sort of excitement unique to playoff games.

There were all sorts of fans present at the game: Red Sox fans, Dodgers fans, people who cheered for the Red Sox out of pure animosity against the Dodgers, etc.

I noticed that people were reacting a lot differently than they would have normally done in a regular season game. Whereas people would take a few innings to get food or go to the restroom, it was evident that everyone was focused on every single play. Any shifts in momentum by the act of a single player sparked excitement and anguish throughout the ball park.

Despite a lead at the start of the game, the Red Sox ran with the game after consecutives runs given up in the 7thinning. Some disgruntled Dodgers fans were leaving the park, but most stayed until the end, watching the Red Sox celebrate a well-deserved win.

The intensity of any playoff game, regardless of sports, is amazing. It’s a period of time within any professional sport that upsets and drama can unwind in the most unexpected ways.

There is a great deal of mental pressure to both the players and the fans, who have watched and cheered for a whole year just to get to where they are today. While the loss may have been unfortunate, Game 5 of the 2018 World Series showed once again why people’s love for sports is a blessing to witness.