Should the Kavanaugh and Ford Trial have been Closed? 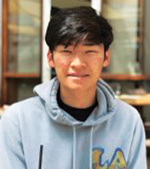 On the 30th day of July in 2018, senator Dianne Feinstein of California received a letter from Christine Blasey Ford describing the events of which the allegations against Brett Kavanaugh are derived from.

Senator Feinstein kept the letter private in respect to Christine Blasey Ford request within the letter. On September 16th, Christine Blasey Ford’s identity is released by herself on the Washington Post and instead of the scheduled confirmation vote for Kavanaugh that was supposed to happen on September 17th, both Ford and Kavanaugh agreed to testify against one another.

Through Christine Blasey Ford’s story, Kavanaugh is described as attempting to perform sexual misconduct with her. While the story could very well be true, do the actions of a man from 36 years ago serve as a reflection for who he is today and what positive outcomes he can accomplish? Can one determine another unfit for the position of a Supreme Court Justice or any position based on an action committed in high school?

Kavanaugh has bolstered an impeccable history of his years in public service offering empirical insight into whether or not he will be fit for the job as a supreme court justice. It is not fair to hold back one such as Kavanaugh from reaching a position as a result of speculation rather than concrete facts.

In any case, if the charges that are presented are proven to be true, then Kavanaugh can be impeached from his position through Congress under Article 124 of the constitution.

Senator Ted Cruz also brought up an interesting point in his remarks preceding his vote of confirmation for Kavanaugh.

He described the correct and lawful way in which the case that is presented before the world should have taken place.

On July 30th, the letter should have been given for review and investigation to higher ups. Furthermore, the trial between Christine Blasey Ford and Kavanaugh should have been a closed trial.

Because of the choice to make the trial open and for Christine Blasey Ford to publicly announce herself as the accuser, both parties take a hit to their reputations and overall quality of life. It is highly probably that many Americans and people in the world will never stop seeing Brett Kavanaugh as a victimizer of sexual misconduct and Ford as a liar.

In a closed trial environment, both parties would theoretically have access to a fair trial in which both sides would be able to present their side of the story and make a case for themselves as done currently in the public trial.

However, this all would have been carried out without the tumultuous outrage on both stances of the case by the public. Now, both Kavanaugh and Ford have permanently damaged perceptions by millions of Americans as a result of a simple misstep in the process pertaining to trying Kavanaugh.

The time and national division caused by the act of this trial going public all could have been avoided if a simple precaution was taken and orthodox procedure was followed. If the natural procedure were to be followed, the case between Kavanaugh and Ford could have started as early as August and have been concluded by now.